I apologize profusely for not blogging in ages, but so many things were going on both emotionally and in my everyday schedule (I'll get to that in later blogs) was pretty busy too. I don't even know where I should start.
I got to see Joe Brooks!

It was awesome.
You should know my luck by now, but let me tell you how I wanted to meet Joe Brooks.
I missed his meet and greet. Great start right? No. Actually, I missed all five of his meet and greets. I was really close to meeting him at Segi College, but I was literally seconds too late and I watched him drive off.

And here's where my luck turns: I was waiting for my parents to pick me up after the concert, and there was a massive traffic jam in KL, so they were late. When they called, my mom was all excited saying that Joe Brooks and his band are right in front of them. I rushed to the back entrance and there they were saying goodbye to their malaysian team. I was all "no, he's getting in already. I don't want to bother them." and my mom was all "Go for it!! Want me to take a picture? Go!" So I walked towards that gigantic white car in front us and Joe gave me a hug. He asked me if I enjoyed the show. And I said "I really did, thank you so much!" I remember this time because this was the first time I've ever not froze in front of a celebrity. Normally I get so nervous, the only thing I can say is thank you because they signed the CD. I didn't take a picture with him though. I didn't need to. Also, I left my camera in the car. 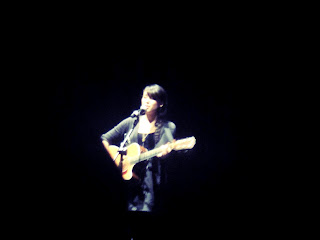 I also got to watch Kinna Grannis perform. This time it was luck. I called 8tv wanting to win tickets to Jessie J's concert but I called too early and won this instead. But, I left my glasses at home and got seats right at the back. So this picture you see above is clearer than what I was looking at. 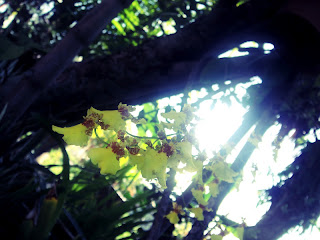 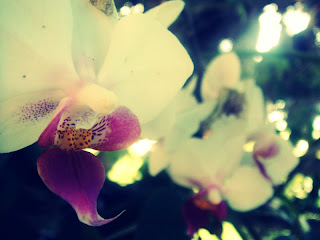 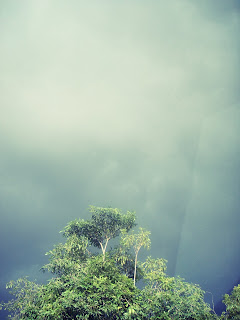 I also went to visit my grandmother with my mom and brother. That was fun, and I don't mean it sarcastically at all. In the pictures above: Dancing ladies flowers, KLCC trees, dark storm clouds and my grandmother's orchids.

So that sums up what happened in March.
Stay tuned for April!

Come see me perform and help me get to Nashville! 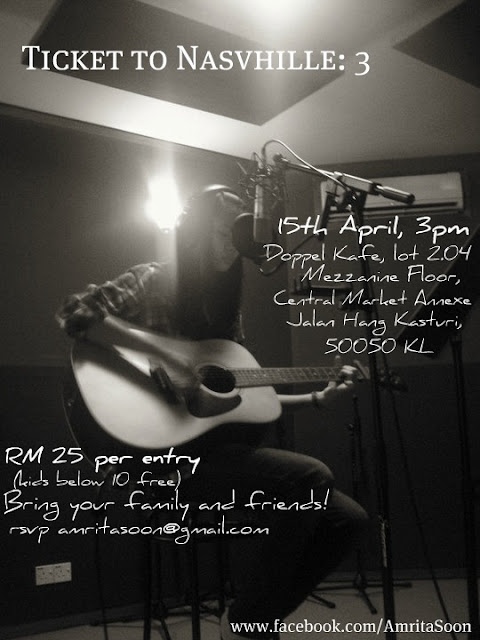