Sometimes you wake up early in the morning to finish writing an email that you couldn’t seem to finish writing, and then you leave the house two hours earlier than you’re supposed to only to find out that plans have been cancelled. Sometimes that happens to you few days in a row and you wonder what you’re even doing. So you draw flowers on the bus ride to work and let the bumps on the road add extra texture to the already jagged lines.
A Spotify playlist of indie music that you’ve never heard of plays in the background. Weird sounds blaring from your headphones sound like sirens in the distance. You tell yourself you need to stop hiding at your workplace and spend more time working on things that mean a lot to you. To finally face the things that scare you. Like the cloud of unwritten lyrics hanging over your head, getting heavier and heavier as if it’s going to explode and flood your brain with scattered emotions and halfway melodies. It lingers like a shadow and you’re haunted by it everywhere you go.


You fear you feel too much to write something good enough for someone else’s ears. That fear cripples your creativity and leaves you with even more fragments of songs that may never see the light of day.
Keep yourself busy you won’t have time to worry a mountain out of a molehill. These conflicting feelings are rare, and only visit every once it a while but they always seem as if they can consume me whole. Lately I haven’t been so afraid of falling. I became used to it, and comfortable with it. It was the flying, and actually being heard and seen that terrified me more.
Now it’s the end of a long day, and the stagnant fog of melancholy has lifted. It’s as if the sun is shining but it’s midnight. My heart’s pounding with excitement because the pieces are fitting together in imperfect harmony.

Because nothing is perfect.
But this is as close as it gets, and it is the best feeling. 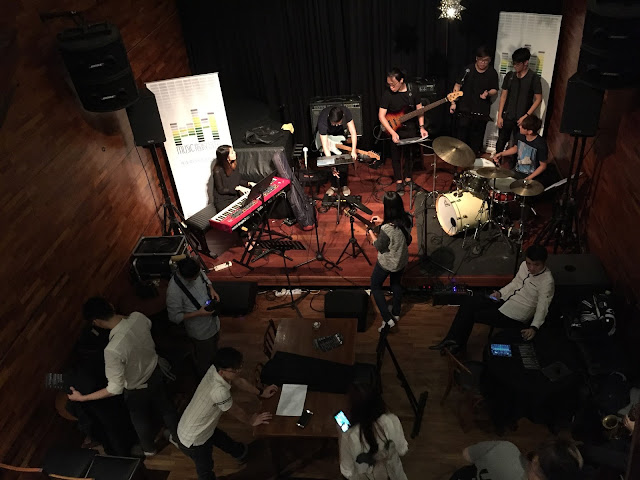 September was a whirlwind of excitement. It's been an insane past few weeks. It’s the 23rd of October and started writing this on the 1st. Every other day was filled with music and my heart could barely contain the happiness. I went from work to the studio or to a performance, and from performance, to work then rehearsals performance and repeat. I had played 11 shows by the end of last month and its a lot more than I usually do. And it was so much fun. Everything went by so quickly that there wasn’t much time to feel tired. There was no slowing down to feel nervous or to doubt myself either. I guess now that I’ve got a bit of free time, all the feelings are rushing in at once.
One of the highlights was getting to perform at No Black Tie again. The first time I played there I was seventeen and really new to all this. I was also really sick then, so this felt like a really nice do-over. It was an amazing feeling being a part of something, and playing with a band (who are insanely wonderful and talented, by the way) to a room full of people listening to every word. It was night I wouldn’t forget.
I also got to write two songs for a short film, and recorded instrumentals at the studio for someone to sing over. Writing for other people is different. In a way it seems easier because the idea and direction has already been given to you. In another sense its more difficult because you've got to make the song live up to that expectation. I learnt a lot about writing from a different perspective and writing with a dateline. I've got to admit I drank a few cups of coffee to stay up all night a couple of times to finish those songs. I had a lot of fun with it, and I hope I get the chance to write for someone again. 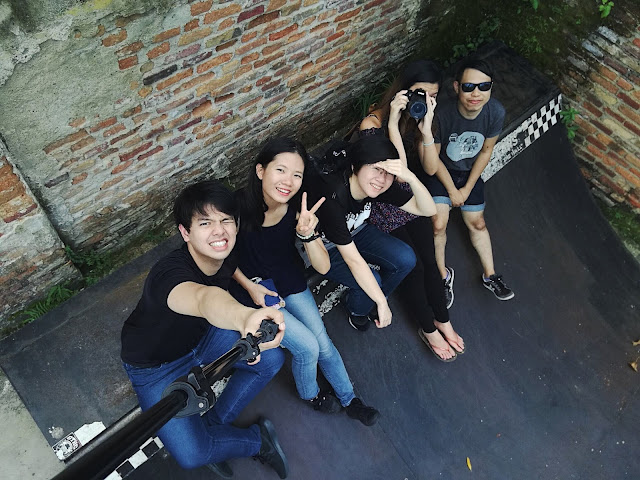 We went to Penang over the weekend for a quick getaway and also to play at Kim Haus, Chinahouse and to busk at Hin Pop-Up Market. The crowd was really lovely there, and so were my friends who had to endure about 4 hours of my singing over the weekend. With everything that was going on, I thought it would be fun to vlog this whole adventure. My friends and family helped me film a lot of this too, so watching it back and going through the footage was quite funny.

I guess I'll end this here before this turns into an october blog as well. (Hopefully the next post won't be a month late.) Thank you so much for reading, and listening, and believing in me when I didn't. Hope you have a great week ahead!
Posted by Amrita Soon at 12:35 AM No comments: