Got up super early today before the sunrise at 5 to visit the Bodhi tree again and also watch the sunrise. I took tons of pictures. Beautiful things to take pictures of! 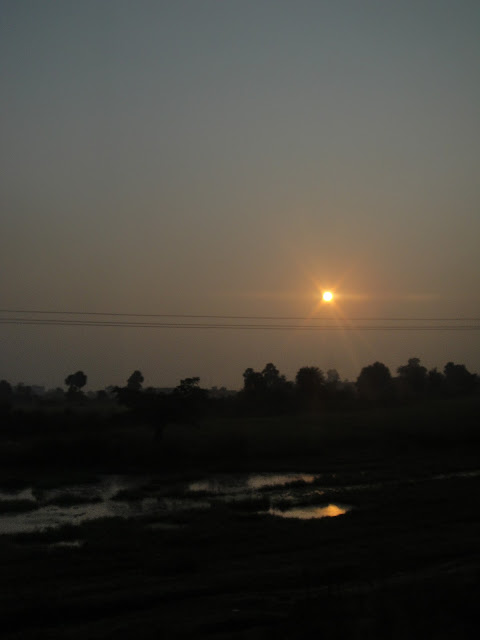 The INEB conference started today and really sorry to say, I nearly fell asleep during the first session. Not because it was boring (although I don't remember what it was about.). So after the break, I kept myself busy (and awake) by drawing. Then, we broke for lunch which was spicy and Indian-y, as usual. I realized that if you get your food earlier, there are less flies and more food to choose from :) After lunch, we went into separate workshops and I followed papa who was facilitating a group on Dharmaric Education for Children. It's interesting to hear from people around the world talk about their countries education. Just listening to all that was very interesting. There's a monk who works with drug addicts and gangsters in Thailand and helps them get through their problems. The monks at INEB are the coolest monks I've ever met. They sit on the same level as us, they have fancy dslr camera's, they talk to people, they are so open and they have facebook. 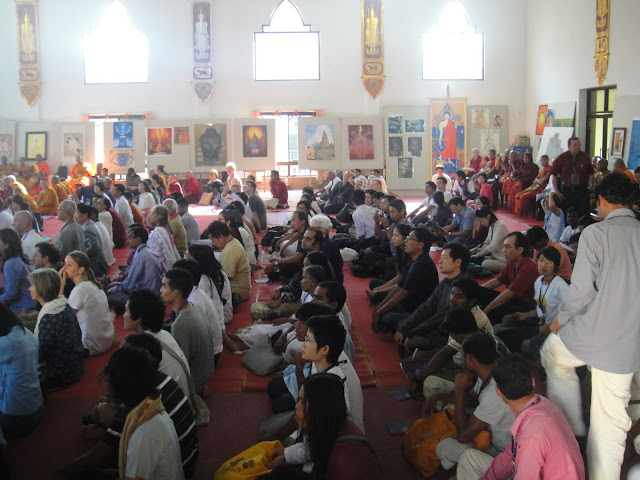 I had the most sandiest dinner ever. Literally every bite was a bite full of sand. Just when everyone raved about the nice, clean food. I suspect they dropped it outside and just threw it back in the pile. I tried to eat in and not waste food, but there was just so. Much. Sand...
Posted by Amrita Soon at 7:24 PM