Fourteen: I woke up, and September has ended.


Yes, it is a very dreamy morning listening to Benjamin Francis Leftwich and Nina Nesbitt. September seemed to go by so quickly. I'll try to write as much as I can about this month, because a lot has happened. A lot of first-time experiences this month...
I got an x-ray scan for the first time. It is probably nothing too serious. My initial thought after seeing the scans were "so this is how my spine looks like". I can't dance or skate as often and it has been quite frustrating at times. I am trying to remain positive and optimistic though, so I used my free time to write and draw: 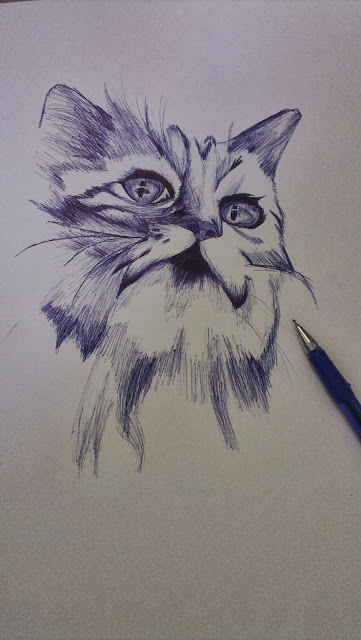 It was also my first time ever being in not one, but TWO magazines. Asdfghjkljaskldhskkfs I'm so excited! The magazine issues are for the month of October. It was so much fun! For Seventeen magazine, it was literally a full-day thing. I submitted the story of my journey so far to them as part of their "real life, real inspiring" contest and much to my surprise, actually won.
In the morning, loads of make up was piled onto my face and after about an hour doing hair and makeup, I didn't look at myself at all. And that scared me a little. This whole 'girly' thing really bored my dad and the fact that there was glitter everywhere including the couches (which was pretty awesome to me) probably made him feel out of place. Some of the glitter also got stuck on his clothes.
Then in the afternoon, we headed to a cafe take the photographs. I was really nervous because I had never done a photo shoot before but everyone were so nice and encouraging. They taught me how to 'smize' which means to smile with my eyes. And with me being the stiff, non-expressive self that I am, I clearly did not grasp the concept. It ended up being like trying to get a baby to smile for the camera. Haha! 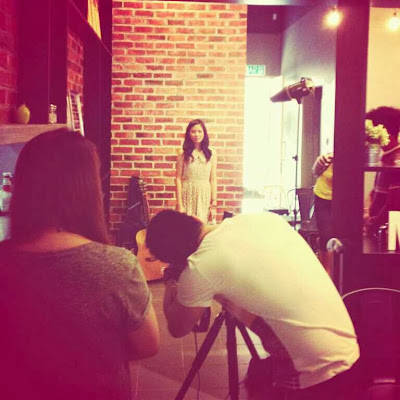 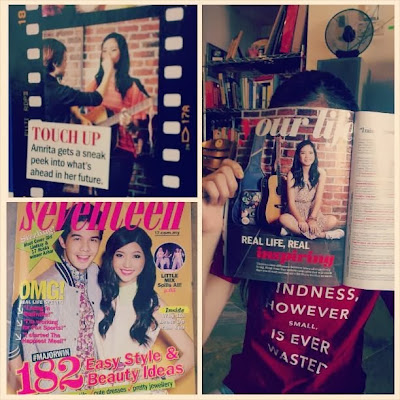 This is the magazine all glossy and displayed at every bookstore and news stand. They gave me the whole page! The whole entire page with my picture on it. I don't think I have ever had a picture of mine printed out so huge before. And on the other page, was my story. There were three other stories after mine and everyone had achieved something and had written inspiring stories. I'm so thankful to everyone at Seventeen for giving me this opportunity and for making my first photo shoot memorable and fun.

Not long after that wonderful day, I got an email from Timeout KL asking me if I wanted to be in their magazine for their music issue coming out in October. They said I would be in their 'artist people should know about' list. How exciting! So of course I said 'yes'. 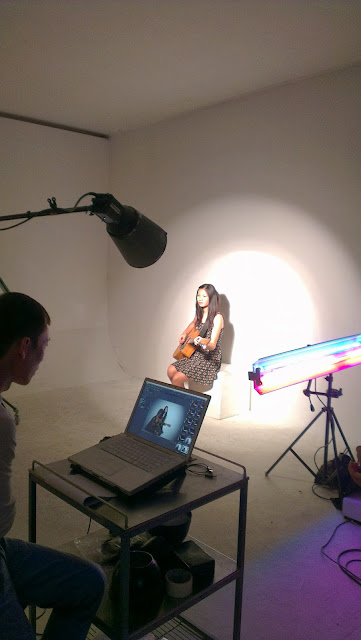 I was still working part time then and after work, my dad and I headed off to the photography studio. This time I did my own makeup in the car (I know, it is such a huge achievement for me) and the photo shoot took about 15 minutes. It was a lot more chill; the atmosphere as well as the temperature. I tried to take the advice from the previous photo shoot to 'smize', but I don't know how well I did.
Then I fell asleep in the car on the way home. 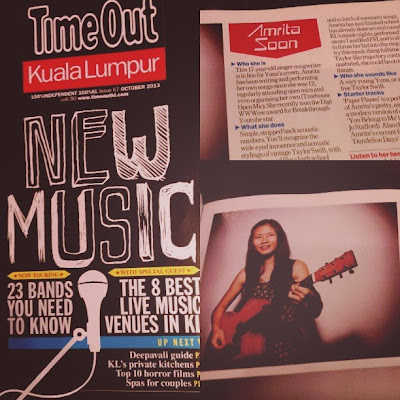 My whole family and I were so excited when the magazines came out in stores. I never thought this would ever happen. Not even in my wildest dreams did I think this was possible. My friends ask me how it feels like, and all I can tell them is that it doesn't feel real at all. I'm not sure if it feels like a dream either. I might need to step back and let all this sink in. But I still feel the same though, and I don't want that to change.

This month was quite relaxed and laid-back. My mom would argue "how is this laid-back?!". But I had time to watch the entire season 1 of the original 1990 version of Law and Order so compared to last month, I'd say I was pretty free.  In the midst of all the music stuff, my family and I went to Ipoh for a few days. We visited a cave there and my brother imagined that there were Pokémon inside. 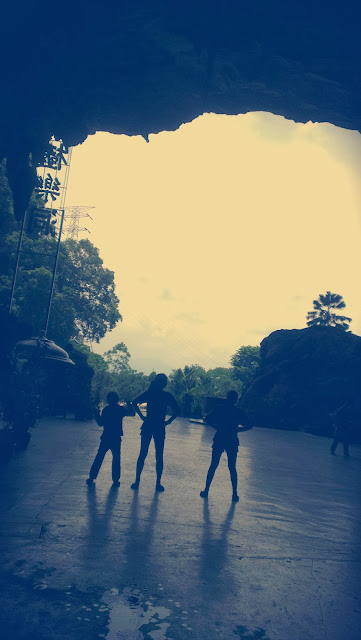 脱口唱'
and it was organised by Winnie Ho at Good Friends Cafe. I have never been to a Chinese open mic before.  I had never seen an open mic with so many people! Everyone there actually came for the music and were very supportive to the performers who had never performed before this. There was a lot of talking. I was told that they talk a lot but it wasn't boring at all. In fact, I found it rather entertaining listening to their stories and reasons behind the songs that they have written along with advice and comments from the more established artists. I definitely have to learn how to talk like them a little. I was a little worried no one would listen because I sang in English but they did. Reza Salleh was there too so I wasn't the only English-speaking singer/songwriter. 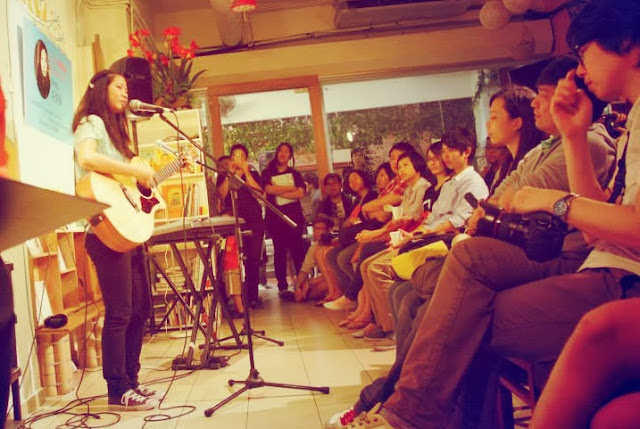 Anna Chong was the featured act of that open mic session and she was really amazing! I actually sat next to her the entire time but I didn't say anything. She didn't seem like she talked much either so we both just sat there. When she sang everyone was quiet and I could even hear the sound of the fan blowing.

I performed at Tres Fest the next week. It was this really cool music art and food festival at Publika. The entire day was filled with music and my grandma came along too.

And then after that, I performed at the Coffee Art and Fringe Festival Asia (CAFFA) which was also at Publika. They gave me a lot of free tea for that performance and I am very happy.

I was also very happy because even in the hot afternoon heat, people came and listened so I sang them a new song that I wrote.

So far, I've got nothing planned for October so I am looking forward to going back into the studio to work on more songs. I've finished with recording the first song already and we'll see how it goes with the next. I've said this before and probably too many times, but this is so exciting.
If you have listened to my songs, read this blog, or followed me online, thank you so much for doing so. It really means a lot to me :)