19 days in this wonderful unknown

"Here we go, dancing on our own
Into this dark and wonderful unknown.
Let us go, let us go"

Time seems to go by so fast here. The days are longer because the sun sets at 8pm or later and rises so early in the morning. This week, we've been pretty busy at the hostel. I'd fall asleep and I wouldn't even hear the noise coming from next door. It's getting hotter and hotter here; and it probably is in Malaysia too, but I wouldn't normally walk 30 minutes in the hot sun back home. Over here, I've been doing it almost everyday. I counted that takes me 3700 steps to get to the hostel. This week, I did quite a lot of room cleaning. I'm enjoying it as much as I can possibly enjoy cleaning rooms. I don't make my bed everyday back home, so I think this is a lesson because I'm making so many beds and folding so many blankets here that I'm pretty sure it has become automatic.
On Sunday, I played at Debi Champion's songwriter's night again. My mom and I ordered a giant brownie. It tastes so good, but it is gigantic. This time, the writer's rounds weren't as long. It was Father's Day and there were a lot of families out celebrating so the restaurant was pretty full. Then these two guys came up on stage to perform. They seemed to be really good friends, and they played really great songs. They were Guy Gilchrist, the artist for the Nancy comics and Eddie Kilgallon, an amazing songwriter, who wrote songs for George Strait and for many charity organisations. Mum and I went to get their autographs. Guy even drew me a cartoon on my notebook. They are such accomplished artists and they still play songwriter nights and are so humble too. That's so cool. 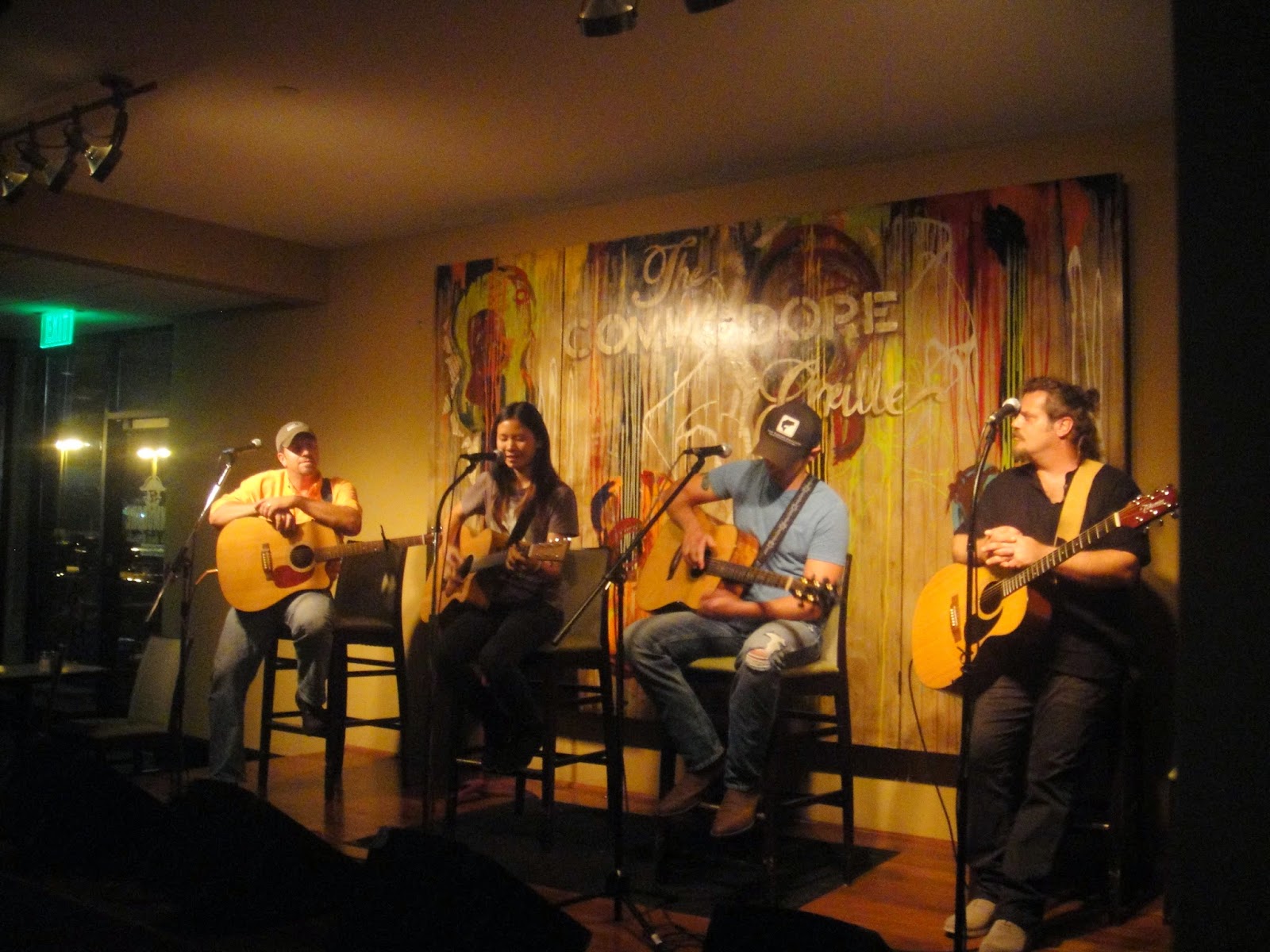