“For what it’s worth: it’s never too late to be whoever you want to be. I hope you live a life you’re proud of, and if you find you’re not, I hope you have the strength to start over again.”
-- F. Scott Fitzgerald

The weather here has been hot and cold like the Katy Perry song. It's been freezing in the morning and scorching hot in the afternoon. It's confusing. I heard the weather back in Malaysia has been pretty bad, so I hope you've all got your masks and are staying hydrated.

I feel like I'm in a dream, and going to sleep is actually waking up.

I got scheduled to play in the round at Debi Champion's Songwriter's Night. The way it works here is that you have to sign up and be an open mic-er a few times before you can get scheduled, and I'm so happy that it was on a day like this. It was so much fun, I think I'll play there again. 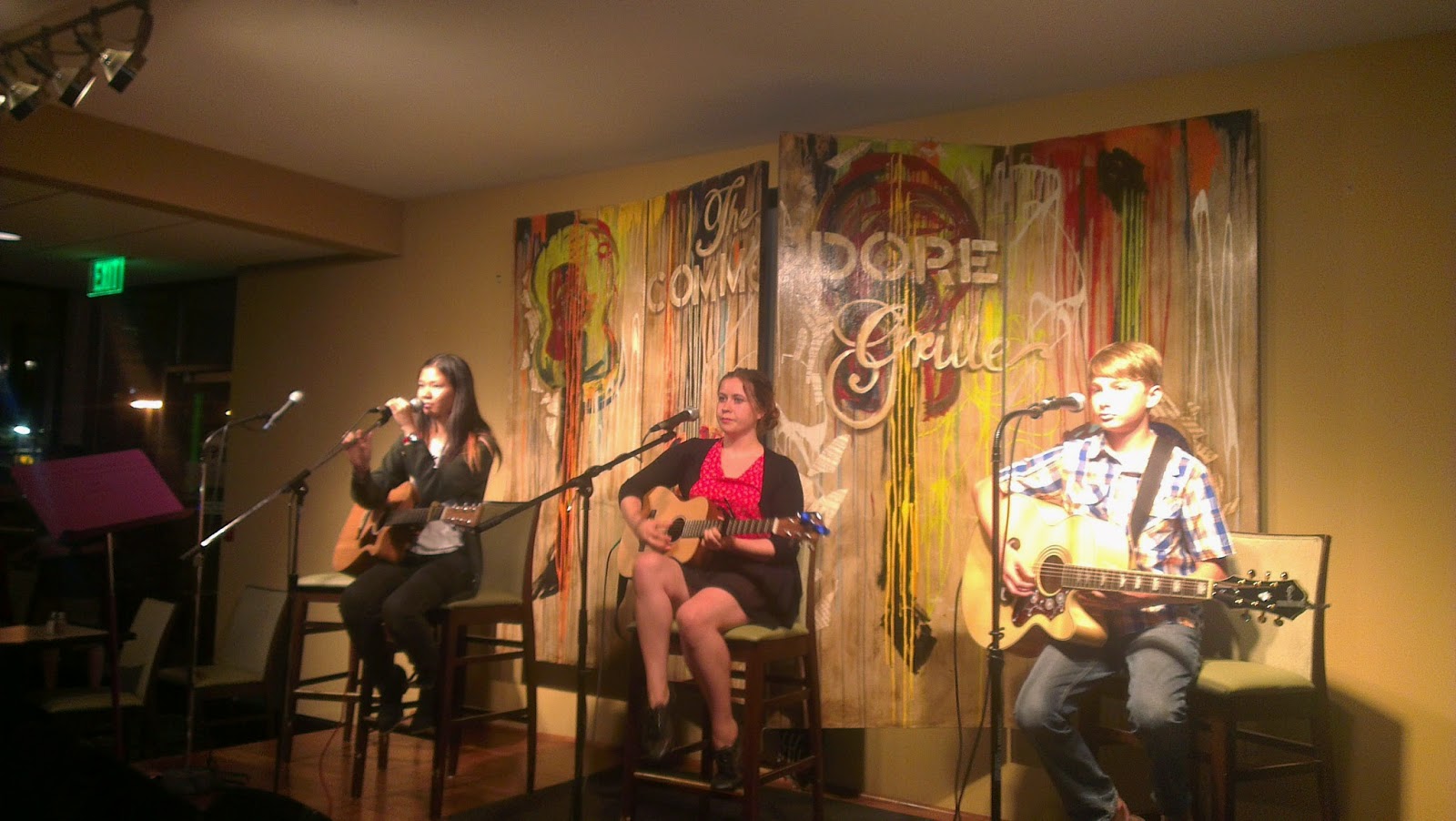 We went to Cafe Coco again for the open mic but we were late and sign ups were full. They only allow 12 people each time and we were late because I was baking cupcakes with Amanda, one of the guests at the hostel. Since we were already there, we decided to stay for the show anyway. It's always fun at Cafe Coco, because you'll never know what to expect. I love the flute/beat-boxing act. Towards the end of the open mic, Cody who runs the open mic here asked if I wanted to play. Of course I said yes. And I ended up being the 13th performer that night. 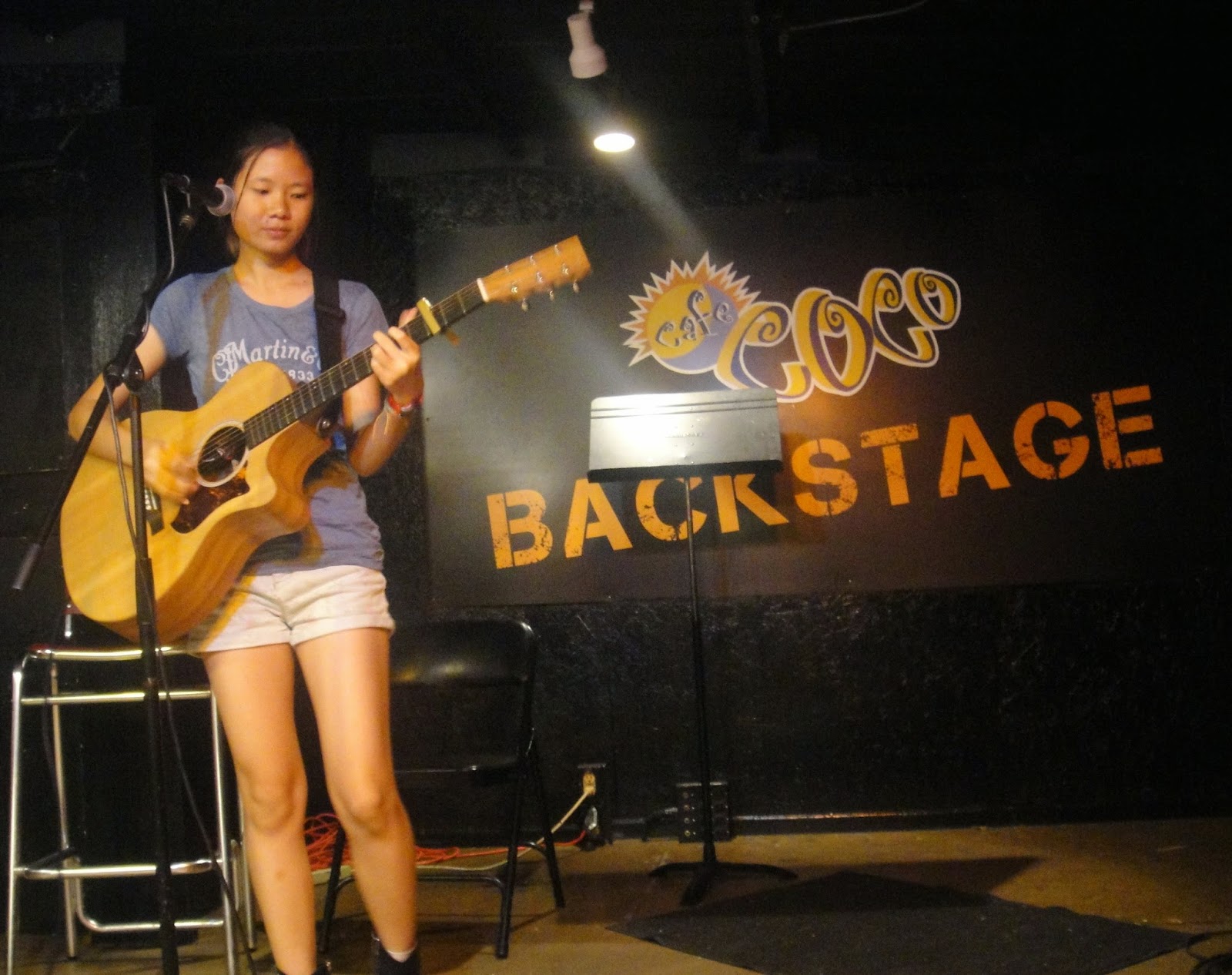 Then on Thursday, I played at Ella Mae Bowen's 'Unplugged at Atmalogy'. That was the highlight of my week life. It was surreal. 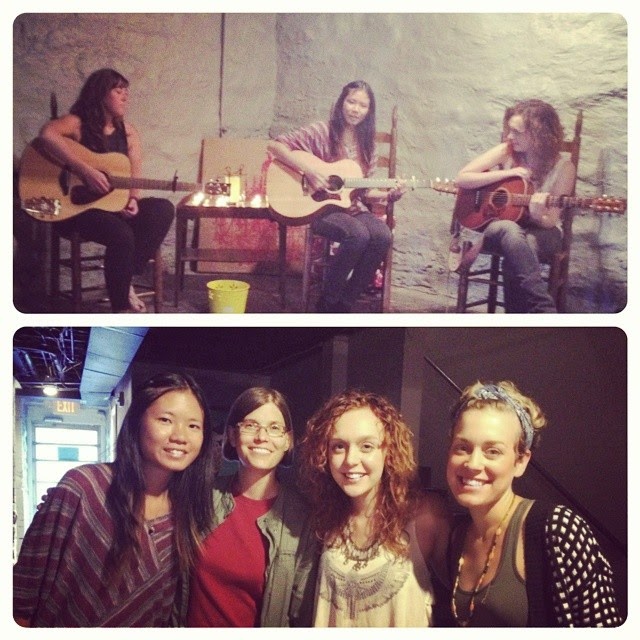 The next day was America's independence day. We saw the most and mesmerising fireworks display. It was also the longest we've ever seen. It was magical and mesmerising. We stood on the roof right in front of riverfront and it was awesome. My mom and I had never experienced 4th of July in before. We hardly ever go to the parades during Merdeka either, so being right in the middle of one of the biggest celebrations in the US was pretty crazy. Best fireworks ever. 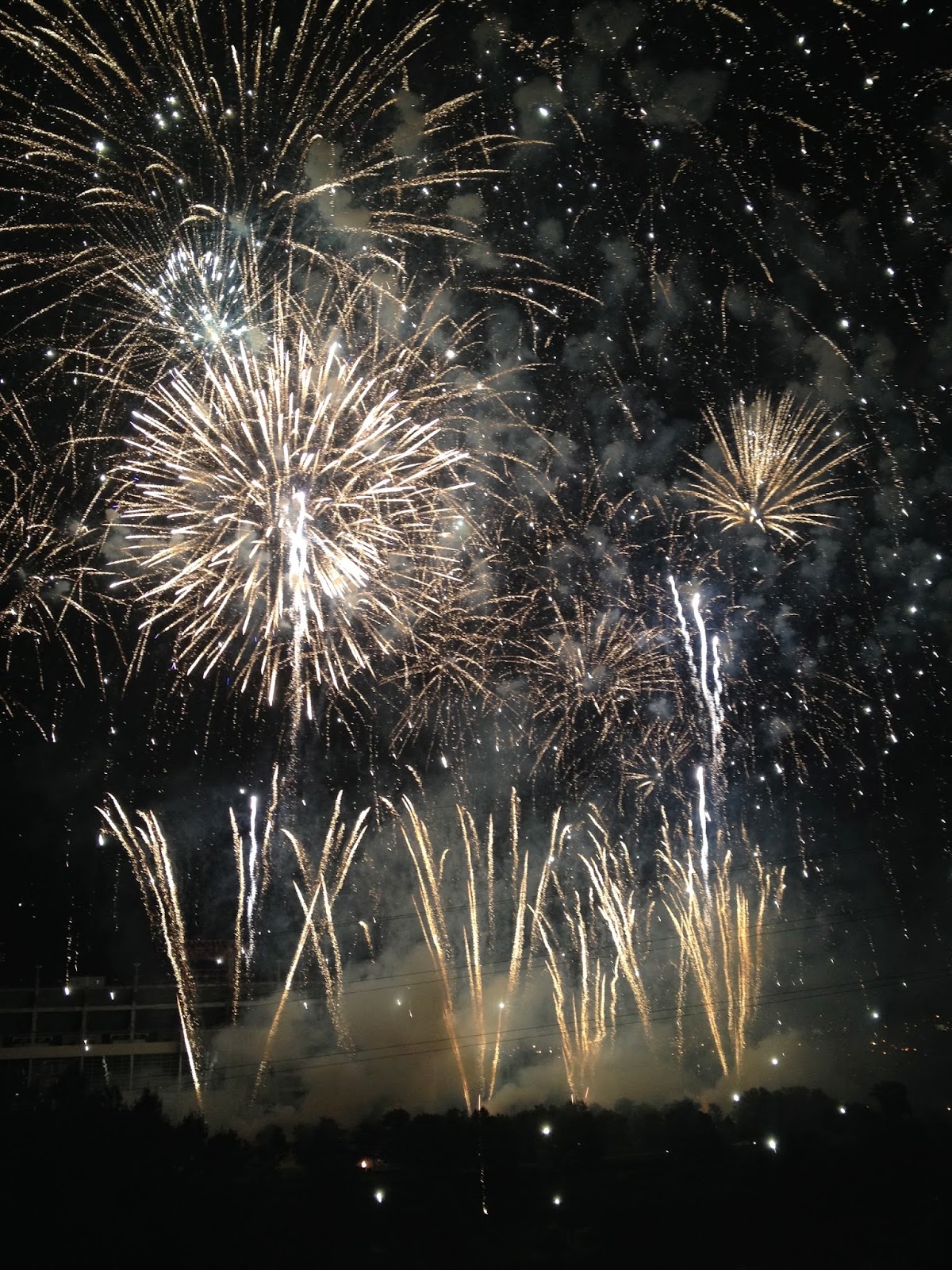 We did some touristy things like visiting the mall, walking around downtown, eating gigantic pizza and taking lots of photos so this week, we decided to stay in more. We've been going out a lot and I hardly had anytime to write, so that's what I did. There's a little space in the garden of the hostel where people can hang out and mainly smoke, but when no one is there, that's where I'll be. I'm that girl walking around humming to herself, thoughts filled with words, scrambling for a piece of paper. I realised that most of my ideas come when I am busy. There's also a piano at the hostel downtown and I'd play a little there too whenever I can. Or when there aren't too many people around. 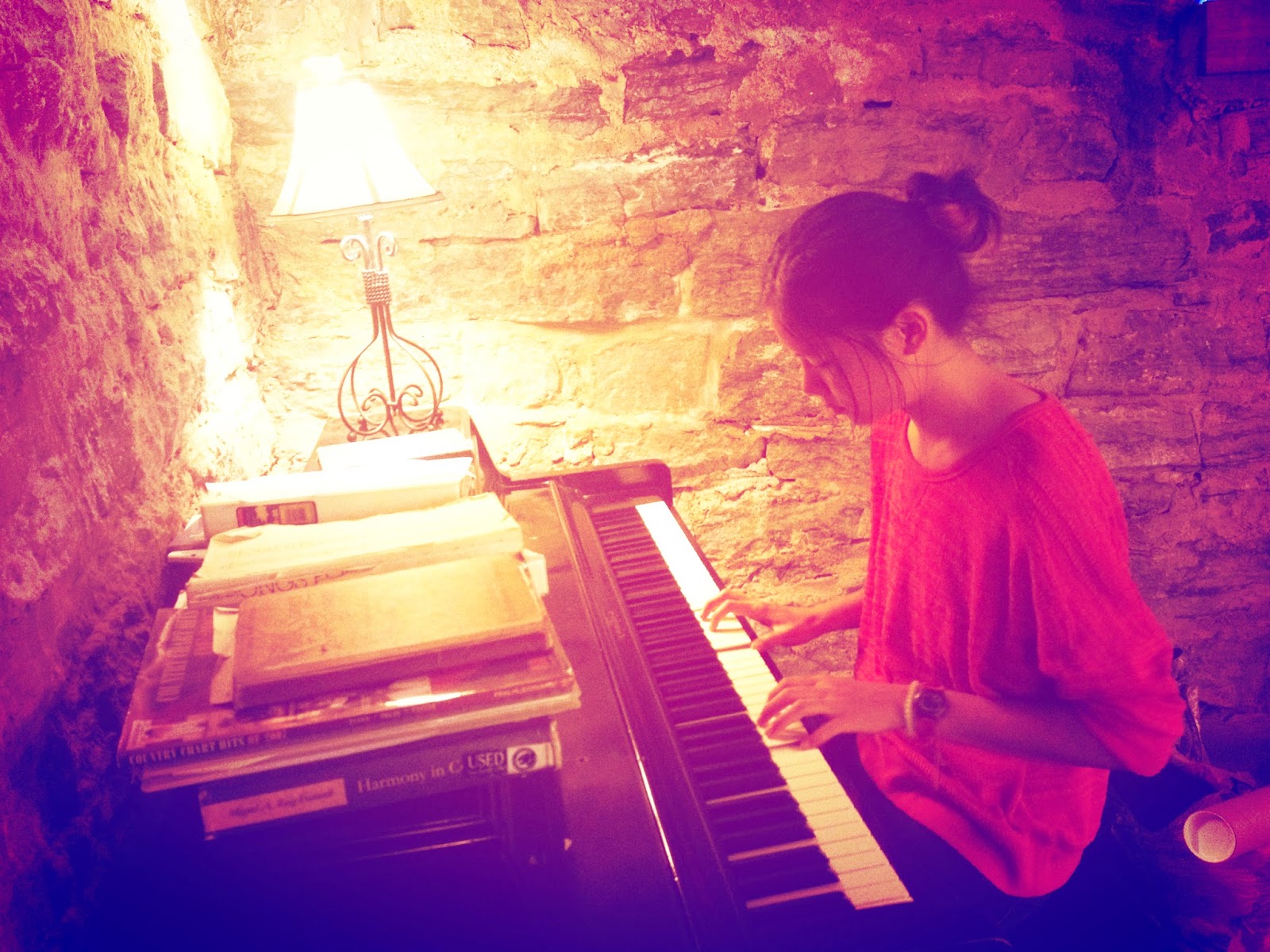 I've been dreaming about home a lot lately, which is weird. I had not anticipated this strange mix of happiness and sadness to hit me os hard. Sometimes I don't know if it's my gut feeling I'm going with, or if it's the fear of things not working out that is clouding my judgement. Following your heart is good advice; but sometimes it's hard to tell if you're following your heart, or conveniently running from your fears. I guess what spewed all this was when I got asked if I wanted to stay here longer than I had initially planned to. I spent a long time contemplating it, but eventually I decided not to stay on. I love this place and someday I'd like to live here but being so far away from family is hard. It's even harder if something happens and you can't just be there in the next few hours. 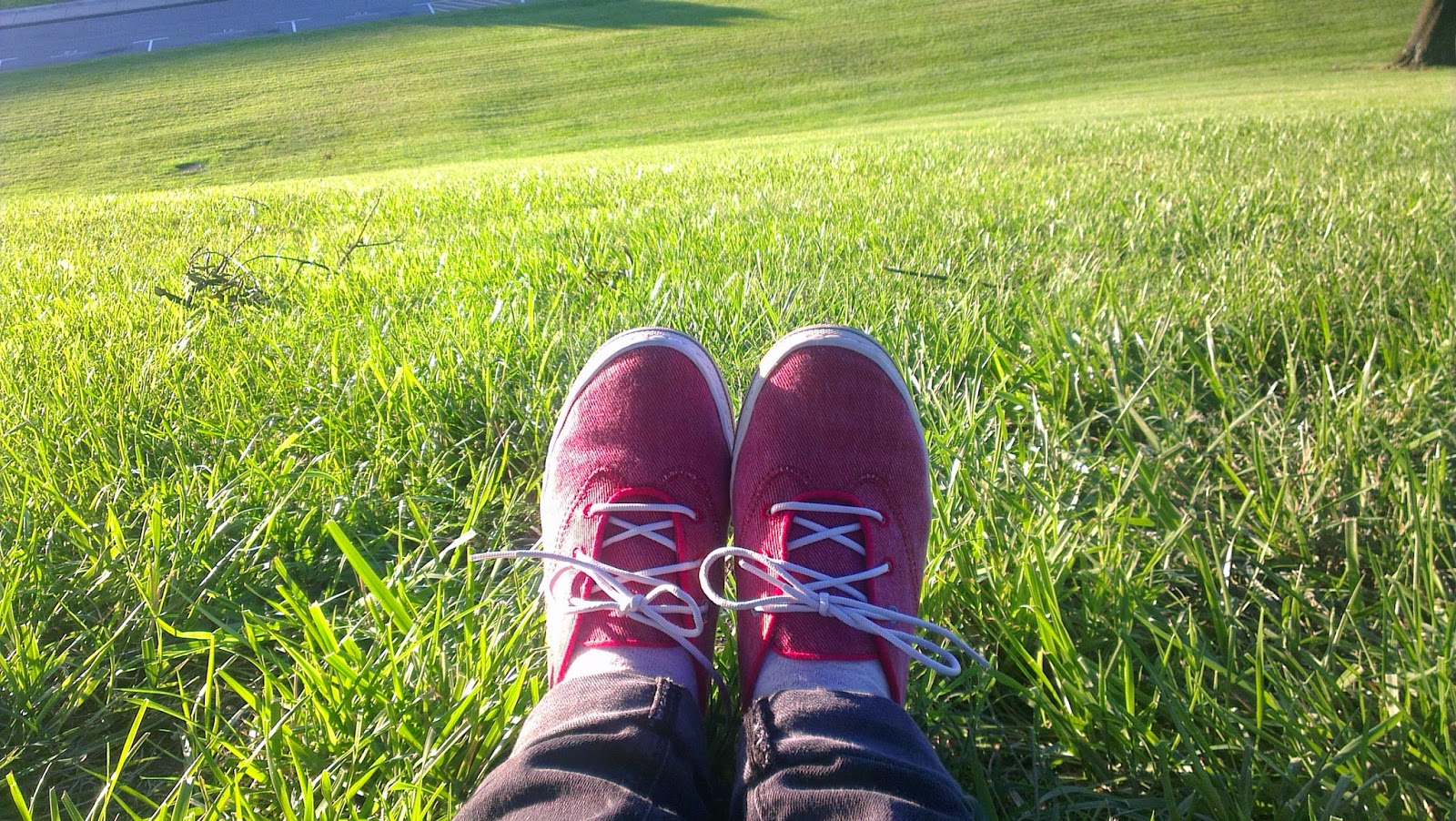 I'm off to help out at the hostel now. Folding sheets and cleaning rooms. It's still enjoyable and I'm still optimistic about it, so it's all good :) I'll write more later!
Posted by Amrita Soon at 11:39 PM