April is over. Hello, May.

“Well, let it pass; April is over, April is over. There are all kinds of love in the world, but never the same love twice.”
— F. Scott Fitzgerald, “The Sensible Thing” 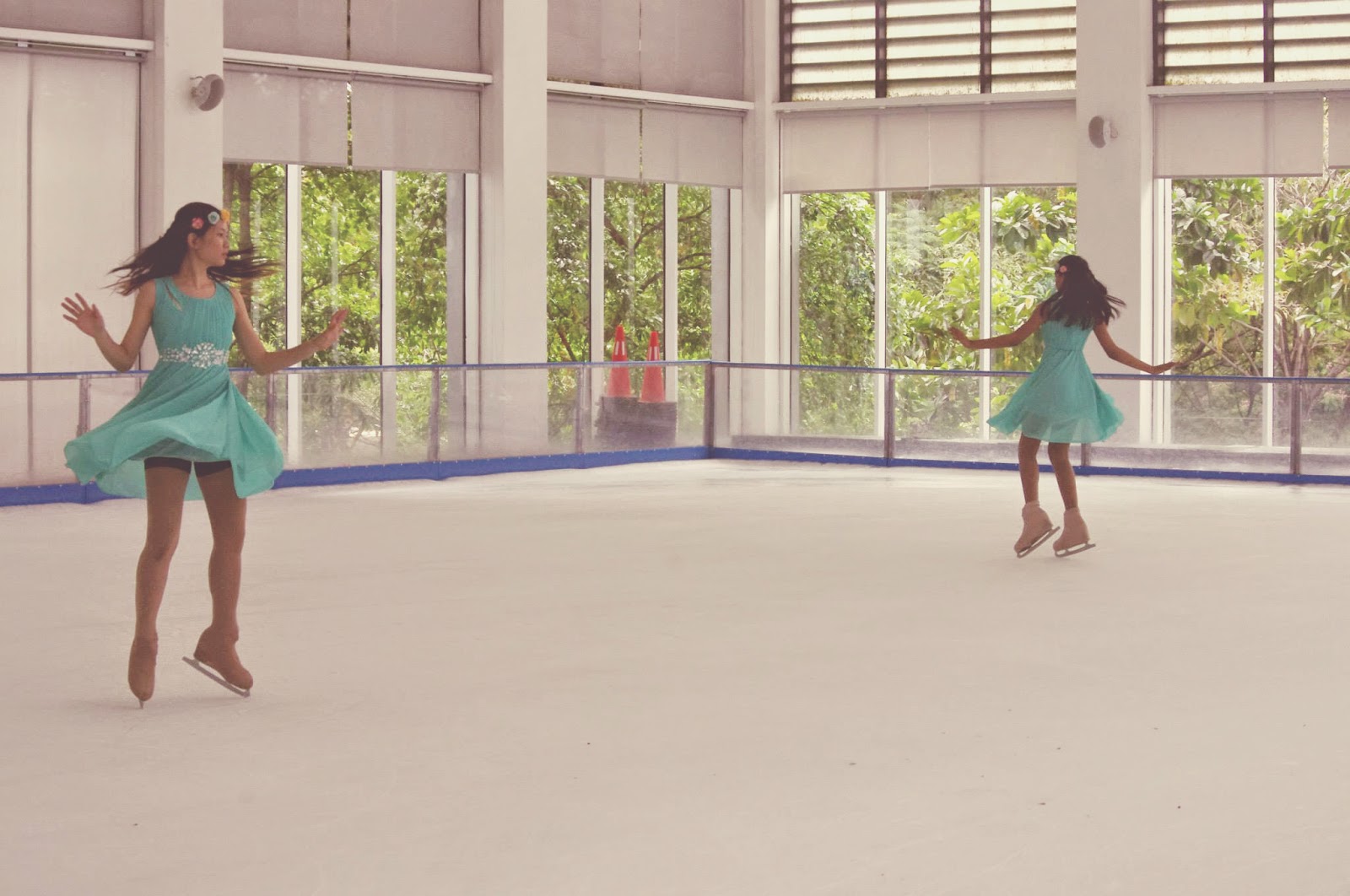 Someday I'm going to look back on these few months with a happy heart and a smile on my face. Although sadness will still come in flashes, they are all still chances taken and lessons learnt. I'm learning to be okay with not being okay all the time, and trying to take life a day at a time; not trying to look too far ahead because it will only make time go faster. And I don't want that to happen.
I joined my first ice skating competition last month. It was an 'Ice Dance' competition and I joined the group category, and we only had less than a week to choreograph and practice our dance. We dealt with last-minute change in partners, intimidating, yet awesome skaters as competitors, and a lot of stress. Not to mention being incredibly nervous. I chose and edited the song to fit the allocated 2 minutes and choreographed 3/4 of the dance with Sam even though she doesn't really skate. Rehearsals were chaotic. Then, all of a sudden three of my students decided to join the competition as well and I had to choreograph another 3 dances as well as edit another 3 songs. I was freaking out because I have never choreographed dances before this. Luckily, the other coaches (who are way more experienced) taught me how to choreograph the dances and also took over the responsibility of choreographing their routines because I don't know what I would do if I had to do all that myself. I also had to edit songs for the ballet concert coming up. A lot was going on. We rehearsed almost everyday the week of the competition. We have to thank our parents for taking us back and forth and waiting for us to finish! We still needed more time, but there wasn't any. We didn't even have costumes, so we borrowed the costumes from the christmas show last year.
On the day of the competition, everything happened so fast. I could've done better, but what's done is done. What a rush it was too. It was nice to see everyone was cheering each other on. We ended up 2nd place, which was way more than what we expected. Tomorrow, we get to perform our dance again for Mother's Day. 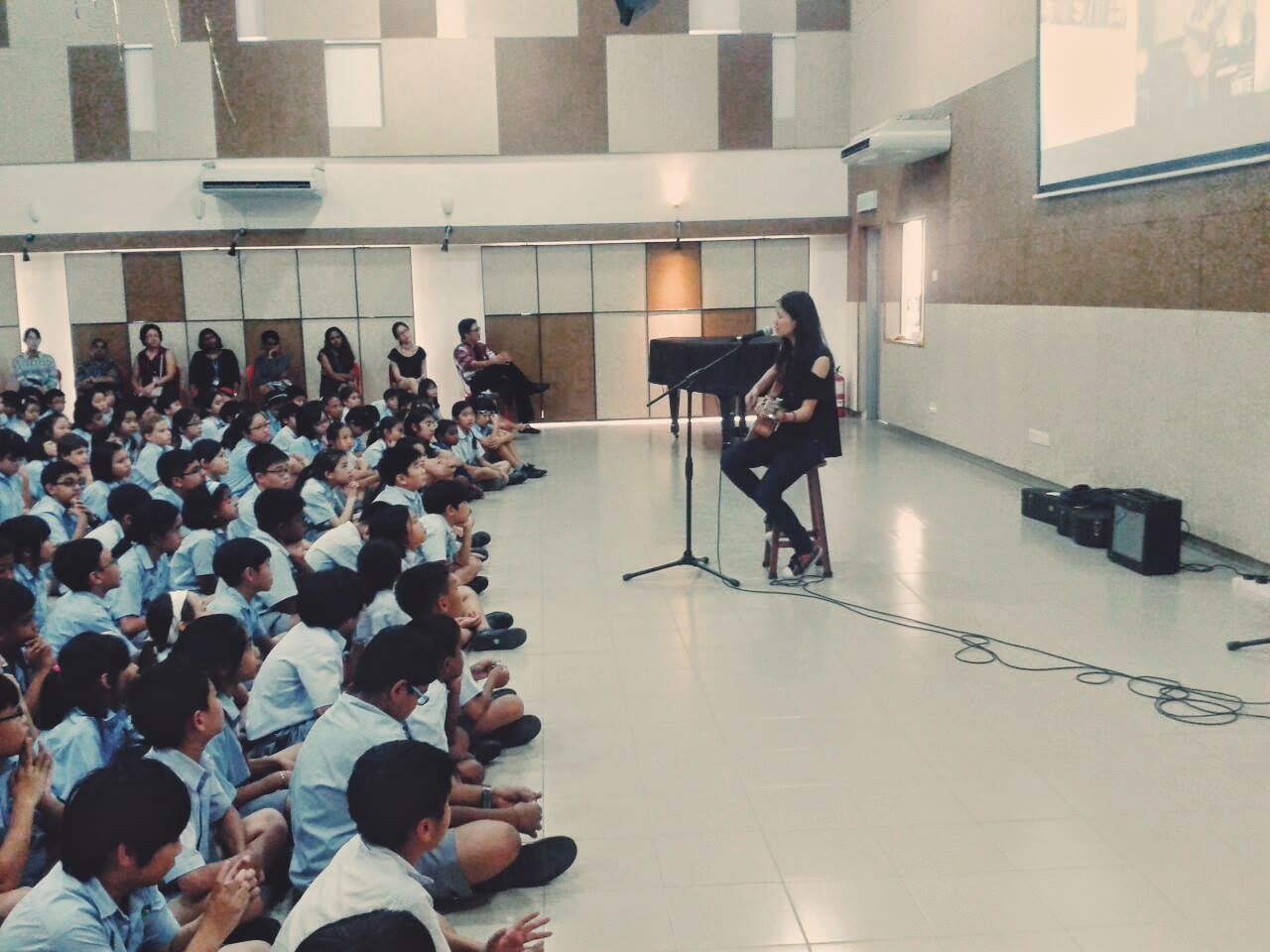 I also got to perform at a school last month. This little boy, who's family and our family have been friends for a few years now was responsible for booking me this gig. He told his music teacher about me and he realised that he actually knows me from another from a show we were at a while ago. The school has regular music concerts and I was so thrilled to be a part of it. The last time I performed at a primary school alone I was about 11 and it was for the school signing competition. I forgot the words and it was traumatising. Walking through the doors, everything felt familiar even though I hadn't been there before. Everyone was very welcoming and supportive towards my music and it was a lot of fun. I would love to perform at more schools in the future if I got the chance.

I'd just really, really like to write songs and sing them to people who would listen for the rest of my life. 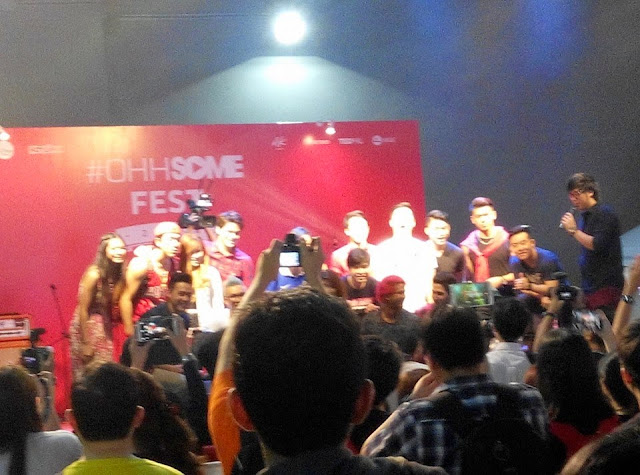 This dream- or career path scares me, excites me and keeps me going all at the same time. I had a long talk with my grandmother the other day. She always finds a time to talk to me privately when she comes to visit and it would always leave me questioning my existence at the end of it. She wants me to do something better with my life. She thinks I can do better.

She says "the music business changes too much. What if people don't like your style of music anymore?"

Maybe I am part of the change. Maybe I'll get stuck in the past as everything around me changes. Maybe I'll find a way to embrace the change. Maybe it won't be so bad. "I fear that even more than you". But I didn't say that. The thing is, my music is still changing. I'm still trying to figure out what my style is. A lot has already changed. I haven't been performing at many open mics lately. I'm not aware of, or not able to attend a lot of things that are going on. The past few stages I played on were a lot different from the ones I was used to. Sometimes its a good different. But I don't meet the same people at shows anymore, and I haven't seen a lot of people I used to see very often. I long for some clarity in this fog I'm in, but I know that in order to get out of it I have to just get up and do something.

Those are her words to live by. And so they will be mine.
Maybe she means that I should be more than an songwriter. I know she meant that she'd much rather have me do something that contributes to the society in a more obvious way, something that I can do it for the rest of my life. Music plays a bigger part in our daily lives than we give it credit for. My version of aiming high and hers are totally different but its okay, she has given me some good advice. 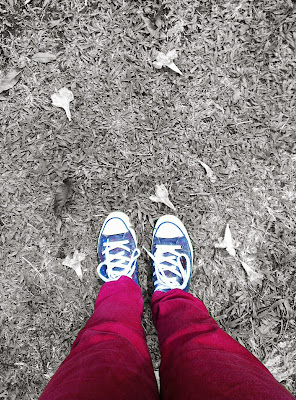 Right now I'm sitting in the corner of my parent's bedroom listening to a mix of Americana music and John Mayer on spotify, and writing this blog. I'm a little lost, a little tired, and slightly optimistic. A year goes by so quickly and a part of me is wishing I was back in Nashville or exploring the streets of a city I haven't been in. Part of me wonders if I should ever leave the comfort of my routine and the comfort of home at all. I'm trying not to loose sight of what I had set out to do with my life. I'm not sure if I even knew what I set out to do in the first place. I'm also trying not to think to much, but that's not working is it? I haven't picked up my guitar in a while, and I didn't even miss it. Was I too busy to practice, or was I too lazy to? I felt bad that I didn't feel like playing it or singing. Questioning the purpose of your life and trying to predict the future takes a lot from you emotionally. When there are so many words to write, its hard for me to put them all into song. When a lot has happened and I know I want to write about it, I have to let the emotions settle before being able to anything. And that's what the past few days were; letting the dust settle. Today I sat down at my table again and wrote. I didn't care what I wrote, I just went with whatever that came to mind and it was satisfying.
This took me a few days to finish; longer than what I had anticipated. I know this is rather long, but I haven't posted in some time. Thank you for all the support you've been sending my way by the way, 'Dandelion Days' was played on the radio recently! :)
Posted by Amrita Soon at 12:16 AM