When people ask me what I've been up to lately, I tell them that I'm working on recording my next single. I say that its almost done, and that I'm really excited about it.

The only problem is, I've been saying that for the past year.

So what's really been going on? I'm not sure where to start, because it all became quite a mess quite quickly. I don't normally write things like these but I feel I needed to tell you what I went through, so you won't make the same mistakes I did.

I wrote a song just before I launched my first EP. It was a song I was proud of, and that I was sure would be on my next album. When it came to recording it, I was told it wouldn't take more that a few months. I met with a producer to see if we could work together. He was nice and had the same goals and ideas I had. He was very excited to record my song, and maybe even an album. I was excited too, because it had been two years since 'Clues'. I was eighteen then, and I felt that my music had grown since. There was so much that I had lived, seen and felt put to music and I couldn't wait to share it with you. 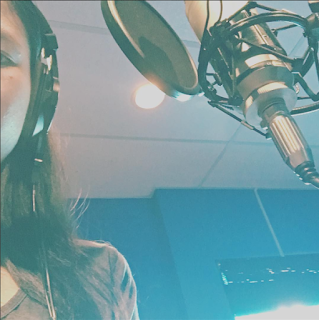 The demo track was done pretty quickly. There was hope and excitement because this song was finally coming to life. There were a few things still that I wanted to change, but we were in the early stages of production and we could fix things along the way. We recorded many takes of vocals but I didn't get to hear what we had recorded, even after a couple of months. The whole song was recorded over a demo instrumental and it took a while to get the instruments to replace the programmed tracks.

We moved studios a couple of times, each time a different reason to why we left was given. As a few more months went by, things started to slow down. I didn't go back to the studio, and I hadn't heard much from my producer. Then he'd call me and we'd go back to work as if all the time that went by was just a blink of an eye. He didn't tell me why, and I was afraid to ask. I don't know why, but in those months going to the studio, I felt so alone. I held back my tears as I stood in front of the mic, my producer on the other side of the glass. There was an ache in my chest I couldn't describe. I felt as if it was all a mistake and I wanted so badly to give up.

We eventually finished what we had set out to do after 11 months. But this was not how I had envisioned this whole process to be like. I thought that because he was more experienced and had achieved more success, he knew better. It was my fault too for letting it drag on so long without my voice being heard. By the time I realised it, it was too late. If your'e a singer/songwriter too, or just put in a situation like this, I hope your experience wouldn't be like this. You don't have to go through with something you're not comfortable with. If the terms are against you, don't just accept it. Ask questions. Don't put yourself down because of what someone else says. They may know better, but then again they might not. What you want, and what you believe in is worth something too. I thought I knew all that, and that I'd be able to stand up for myself if the situation arises but I didn't.

I believe everything happens for a reason. Although I want so badly to drown in an ocean of my regret right now, this had taught me a very valuable lesson.  As much as it hurt, it is forcing me to fight. If this didn't happen, I wouldn't have learnt to stand up for myself and my music. And I wouldn't have learnt to ask for help. I realised I don't have to do this alone, and neither do you.

Thank you for supporting me all this years, and through this music silence. And thank you for reading what I wanted to say. I am looking forward to start working on my music again! I'm not quite sure how, or where yet but I have a clearer picture of who I am and who I want to be now.

I'm starting over, and its exciting.
Posted by Amrita Soon at 7:29 PM