January 17th 2019
(I know it is almost June, but I don't know what took me so long to actually post all these blog posts up. Sorry about that! This, and the few posts coming up have been very comfortably sitting in my draft folder for half the year.) 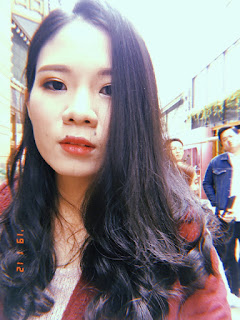 It was a whirlwind of an adventure, going to China. Thursday morning, January 11th I rushed to the airport. I didn’t get to say goodbye to my grandparents because they went out and I’m not sure if my grandma knew where I was going.
With a suitcase full of clothes and my guitar as my carry-on, I met the rest of the team at the airport.

It was a bit of a culture shock for me at first. Nanning was cold and gloomy this time of year, and everything was covered in a layer of dust. There were electric bikes moving in every direction, and the smell of meat (I don’t know what kind) cooking made me feel a little sick. And even though I am Chinese, I really wasn’t used to eating so much Chinese food. I could speak the language but I couldn’t read it. We went to a bubble tea shop and the menu was a vast array of gibberish. After getting help from the rest with translating the menu, I decided on tea. Without the bubbles (or boba as some of you might call it)- which kind of defeated the purpose of going to a bubble tea shop.

We rehearsed in an underground rehearsal space with the artists from China. There was a lot of cigarette smoke and dust, but the excitement of it all made it okay. We played a music festival together the next day and that was a lot of fun. It was cold and I was shivering so bad I couldn’t hold the mic steady. This was also the first time I performed in Chinese, and without my guitar. Maybe I was shaking because of the nerves too. I looked out and there were so many people. It was pretty exhilarating.

I learnt a lot that week, and had a really great time. I realised that there’s never really anything happening “by chance”. Everything is carefully planned and involves a lot of thought and hard work, not just from one person but from a group of people collectively. I am paraphrasing something a songwriter once said in a podcast: “Sometimes you’ve just got to get your foot in the door for things to happen”And it feels so weird when that’s happening. Seemed like we pushed it open instead, and maybe that’s what its like. I felt a little uncomfortable getting treated like we were special. Or am I just too comfortable and used to this semi-invisibility? Some moments where it was like like “Whoah, this is actually happening!”, and other times I felt very undeserving of it. 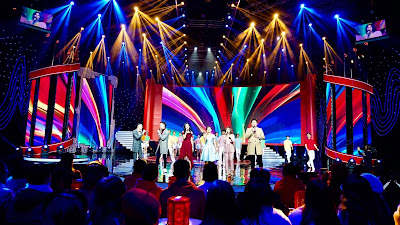 We also did a few tapings for a Chinese New Year program to be aired on Nanning TV as well as on Astro here in Malaysia. We had a rehearsal in the morning, one of the songs with about 20 dancers dancing as we sang. It was wild. We all went full-on glamour mode for the shoot, and after hair and makeup I barely even recognised myself.

We were asked to think about how we wanted the world to see us. To create a sort of “persona” that could possibly become something people would like to follow and know more about. I realised how much of a rebel I actually am- in a sense that I can’t bring myself to do anything that isn’t me or doesn’t feel right. I feel compelled to do the opposite when I have to do something I don’t want to do and I apologise for that. I see social media as an extension of who I am, and not me trying to be like someone else. It is so easy to change the way you look in a picture nowadays. There’s a setting to change the shape of your chin, to make you look slimmer, your eyes look bigger, and it goes on. It’s to tempting to just tune everything to the way you’d want yourself to look like. I made the decision not to do that to the pictures I take. It’s not that I’ve fully accepted and embraced my features, but maybe this way I will learn to. 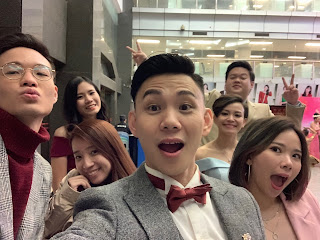 I guess I didn’t realise how big a deal all this was, and I didn’t really know how to feel about it until I got back to Malaysia and saw us on TV. Only then did it all sink in. I’m so grateful for the opportunity to be a part of this adventure with this bunch of awesome people.
Posted by Amrita Soon at 12:02 PM