uh oh, I found another blog I didn't post.

I’ve been running on adrenaline and a coffee lately, playing 1-3 shows a week for the past 5 weeks or so. And because its the holidays, I’ve been putting in extra hours at work for the kids’ Christmas show rehearsals and additional classes. Somehow I managed to complete my dance exams and see my students off for their exams one last time before leaving in between the chaotic schedule. (Thank you google calendar)

Write all of this down because you’re going to forget what you want to remember. These last two months of the decade have been insanely busy. So many adventures it’s been hard to keep track. I bought a journal again, realising that I have failed miserably at keeping a digital journal even though its more convenient and a cloud storage space is less likely to get ruined by a water bottle leak in your backpack.

November started with a dance exam I half-regretted signing up for. It has been years since I sat for any exam, and with my busy schedule + lack of commitment I felt I could’ve done way better. I hope I pass, but if I don’t, it would be a lesson learned the hard way and I will try to put 110% into the things I commit to, and I should also know my limit.
With the holidays around the corner, I’ve been putting in extra hours at work for additional classes and show rehearsals. This past week I’ve been waking up at 6am every day, running on caffeine and adrenaline. It has been exhausting and so much fun.

I start with “what a rush” a lot; but it seems like it always is. Through some stroke of luck, the people at Google Malaysia found me and I got invited to perform at YouTube Festival. I met with the organisers a couple of weeks before the event, and they explained the run-through of it all to me.
Somehow I envisioned a small room with press and a few invited guests, but when I got there in the morning for sound check, I realised I was so incredibly wrong. It was the opposite of a small room. More like a convention centre huge room sectioned into many parts. There was a pop up speakeasy for the press event, and a huge hall where I’d be performing. It was everything an influencer event in my head looked like. I felt grateful to be a part of something like this, but at the same time I was feeling like an impersonator because I wasn’t anyone famous or anything. I spent a lot of time awkwardly trying to dodge all the video bloggers filming the event. I'm always too shy to do that even though most of the time I regret not doing it because I have no videos or photos to keep as memories. Here the camera saw everything first. Smiling for a selfie before talking to a person. It's networking in a way that I didn’t know how to network in. But then again, I’m not very network-y. It was like the first day of school after a summer vacation and I was the new kid. I got to perform at the main stage, and then again with Josh during the press event at the speakeasy with Lost Spaces and Cassidy. The whole day was so surreal, and I'm so grateful for the opportunity. 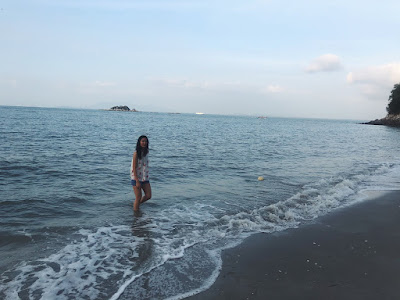 I'm not sure which event came in what order. Played at Urbanscapes (!!) which was so sunny and so much fun, two days at Citta Fest, KL Journal, hosted my first 'Familiar Strangers and Other Stories' show with Gwendoline Esther Hay, Lofrine and MAYABAYU. It was a really wonderful and intimate show at Gerakbudaya, poetry and music in a bookstore :) Then played Rantai Art Fest, watched over my students Christmas Show performance, and THEN I went to Penang with my family and I just finished playing a few shows here too.
It was all so much fun, and honestly quite a lot of rushing from work to venues (and looking for parking). I'm so happy to have gotten to play my music to people who listened. And I'm so grateful for all your support. The past few days have been so chill, especially after everything that happened this past month and a half. We have been spending time at the beach and hanging out together. It's nice to spend time with family :) We watched the fireworks from a roundabout near the sea, and saw it from a distance. It was two very small and quiet firework displays. Sorry there aren't that many pictures of my adventures. I didn't take many, and my phone can't blog + my laptop doesn't have the pictures so its been quite a hassle (I will figure out a better way to do this soon, promise!) 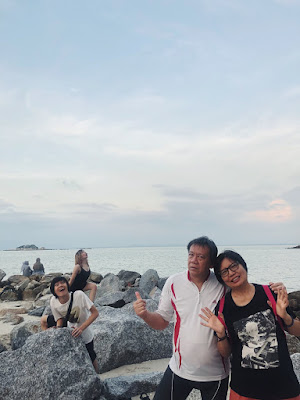