To sum it all up, I think we're all pretty much done with 2020. At least, I am. Happy new year's eve eve! It's not like everything is going to magically change in two days, but its nice to hope. How have you been? What was this month like for you? I hope you're well. 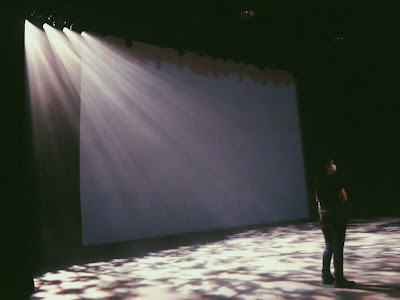 Christmas week was pretty insane. I did a video shoot for Chinese New Year (yup, totally skipping ahead) and as usual these things always feel quite strange. This time we're not in China, and we never thought we'd miss it. It's a "you never know what you got till you don't" kind of experience I guess. So I spent the day at the theatre with everyone, very much social distanced and it was the first time I had eaten out in public since this whole cmco. We couldn't film with masks either and it was a little unsettling at first, but we had to give each other the benefit of the doubt that we were all okay. What is the procedure for filming anyway, is everyone supposed to get tested beforehand? There isn't much of a guideline for a lot of things as well, so all of this is quite confusing. 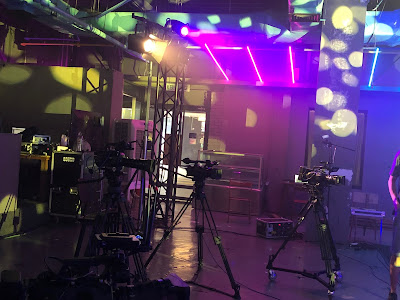 While I was at the theatre shooting the cny video, I got a call to do another shoot the next day for an online platform (which I'm pretty excited for) and so the next day I played my own songs for the pre-recorded show. There were so many cameras and it was just me. Felt pretty intimidating but I tried to remind myself that it's kind of like recording a youtube video at home. "It's just a youtube video, its just a youtube video." It felt so nice to play out again. I felt as if I had so much I didn't get to say this whole year, so many feelings I didn't get to share with any audiences and so I sang my heart out to the crew in the room. Maybe I'm just a girl singing about feelings to them but its okay. My dad came with me, so I sang for him too. His headphones were a life saver too (mine was a lightning jack earphone. aka useless in these situations), because the monitors and my guitar were not cooperating. Someday maybe I'll play enough shows to get my own proper in-ears. Someday. 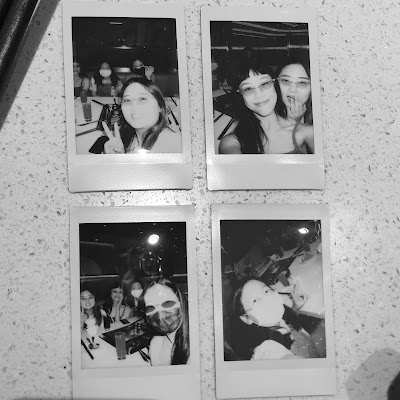 I finally got to see my friends again! We spent the afternoon together having an early lunch and ice cream, and exchanged gifts. We were all pretty paranoid about going out in times like these, especially during the holidays but my friend Dany found a place where we could have hotpot but each of us could have a section of the pot that isn't mixed with the others. So essentially the pot was divided into four. I'm a vegetarian so I hardly eat at these kind of places, and everything felt so new and strange. I had an awesome vegetable stew with all the veggies I cooked on my side of the stove though. We took polaroid selfies with the cute and quirky sunglasses Amanda got for everyone. 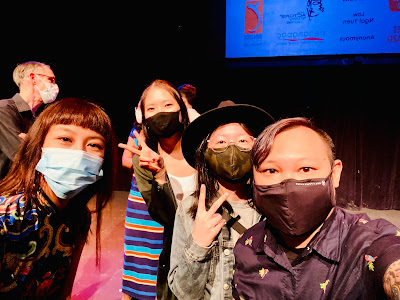 So yeah, that basically sums up the last weeks of 2020 for me. This year was challenging, but it had taught me so much. As an unofficial tradition on this blog, I try to write down what I had learnt.
It has been a year of so, so many let-downs but so many wonderful things happened too. It was definitely a year of cancelled plans. I got to do a bit of travelling at the start of the year and had planned to travel more this year but oh well. I wrote my first resignation letter, and it was so hard because I loved the place I worked at before. We built a little family there and I was so proud of my students and we had so much planned. I got a job in a new place and am still getting used to it. Started co-writing and writing music outside the genre I was used to and it was like colouring with a 48-coloured pencil set instead of 24. So much fun. I'm learning to produce music a little, and got back into making youtube videos again. I've also been trying to read more about what is happening in Malaysia, and around the world. Anddd we released an electronic-pop song and got to hear ourselves on the radio (woah).
Everything is changing all the time, and naturally we would change too. I don't know why it was so surprising for me to realise that. I was reading about different characters and personality types of people, and I noticed I didn't quite relate to the personality type I initially was. Obviously with more free time on my hands I decided to read more into it. I realised I started trusting my feelings and instincts more recently when before I was all thinking and head, not so much of a heart/feeling. My sister would proudly attribute that to her influence on me and maybe it's true. She's always been full of heart. I'm realising time changes friendships and relationships with people too. You outgrow friendships, and sometimes they outgrow you. Kind of like a cloud, it moves with the wind and people come in and out of your life and that's natural.
I hope everyone is healthy. I don't know what's going to happen in 2021, but I'm sending a little prayer out into the universe that we continue to learn to be kinder to ourselves, kinder to the people around us, and kinder to this earth we're living in.
I'm ending my last blog post of the year here. Thank you for reading this, thank you for listening to my music and thank you for believing in me more than I believe in myself.
<3