Today was a Fairytale (Ticket to Nashville, Twisties Superstarz auditions)

It's really happening isn't it?
I guess this really proves that if you want something bad enough and work hard for it, you'll get it. Sometimes it's not exactly what you see in your head, but it's not the end yet. Sometimes maybe it could be better than what you spend hours daydreaming about.
Not too long ago, I got to go to this recording studio and record five of my original songs, unplugged. Back then, all that I wanted to achieve was just in my head. Lately, it's becoming more and more real. My dad bought vinyl-looking CD's to burn my songs into and I sat there by the computer, burning the CD's one by one. I found this website where you could create CD covers for free and save a lot of money and paper because the cover is also the box. So I managed to design the entire album artwork on free softwares using a picture my dad took on his phone camera. 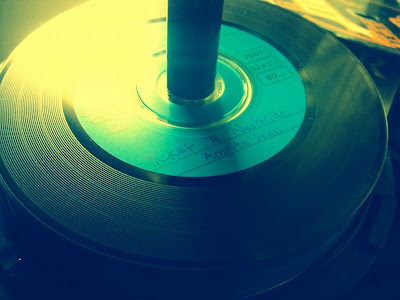 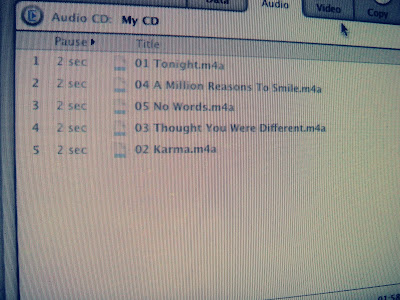 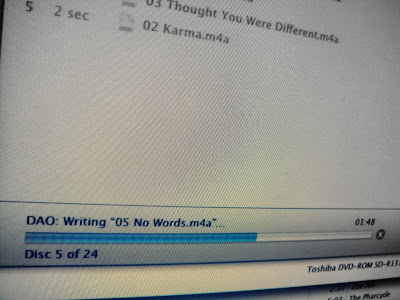 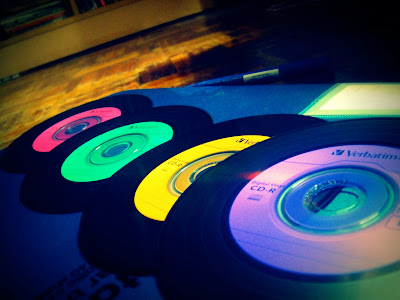 And then, one by one, I labeled the CD's. (By the way, if you've bought the CD, there is only ONE pink vinyl CD in the entire lot, so if you have it.. congratulations!) 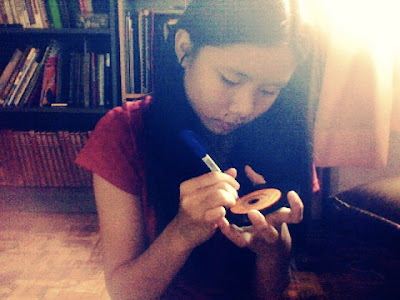 Then the whole family sat down one night and cut out each cover, folded and tested the CD's until one in the morning. Ta-Da!! The finished product! There were a lot of things I wanted to do to this 'album' of mine but couldn't like hand-writing the lyrics in the booklet and putting all my hidden messages into the lyrics or adding loads of pictures. Next time, I hope I might have a chance.
This one's just as great :) And I've written the lyrics but not in the individual booklets but on my blog right here, if you want to look at them and find some of my hidden messages :) 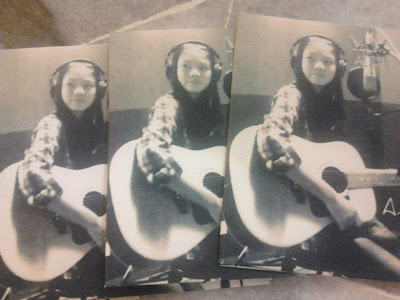 Before my first recital, my mom and I made a quick detour to Taylor's Lakeside campus for the Twisties Superstarz auditions. At least, I thought it would've been quick...
I found out about it in an add on Facebook and I read the rules saying "contestants must be 18 years and above as of 14th october 2011 to be able to compete" and I was just about to close that page with disappointment when I read the finer print at the bottom that said: "contestants below the age of 18 must be accompanied by a parent/guardian." And I was over-the-moon happy that I could join. I've been to a few auditions so far and they've been on the side of the road or outside a mall or in school halls so I expected this one to be like that too and it would just take an hour or two tops. We ended up staying there from nine to five.
The instructions said to be there early because they only allow 30 contestants a venue so we were there very early and I was the fourth contestant to register.
I hadn't anticipated it to be such a big deal until they brought in fancy camera's and MTV's vj holly and Hitz.FM's Jin came in and started interviewing people and recording different footage and I in my head I was like "what did I get myself into?!?" 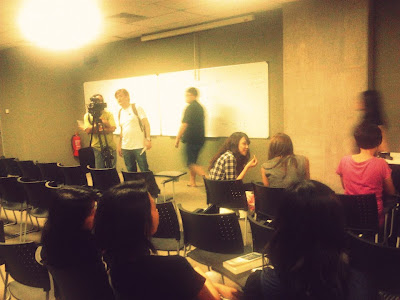 Jin was walking around looking for a girl to interview after he had interviewed a guy contestant and then my mom was all "her! her! HER!" *points crazily at me* So, Jin interviewed my mom and then me. Totally caught me by surprise and I totally blanked out I'm not quite sure what I said.
The cameraman got the entire group to stand together and shout "This is Twisties Superstarz" for the camera. You know like how they do it with american idol? Just with much, much less people. We did about three takes on our own then two with VJ Holly and then about another three with Jin. 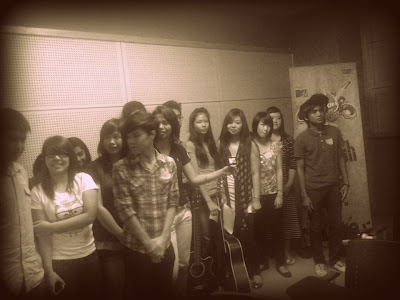 Someone came in and briefed us about what was going to happen in the audition room. I was so nervous I don't think I remember what he told us. Competing against everyone that's a lot older than you can do that to a person.
This is the waiting room were we, wait. There was this number-announcer thingy that calls your number and you have to go out and face the judges. It's a little like going to the doctor but you're not sick also, it's kinda like what you see in american idol but you don't come back holding a golden ticket because they pick 5 people from each venue and after all the venues (that would mean 40 shortlisted contestants) they pick only EIGHT to move on to the grand finals. Pretty nerve wrecking. 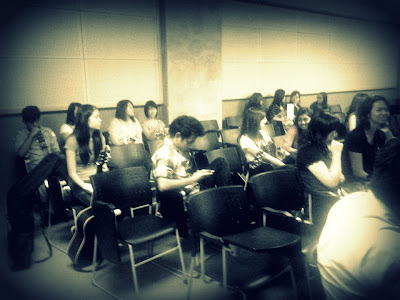 Then, someone in charge came in and told me I was too young to join. My mom was kinda mad but luckily I read the rules four times and mom made them check it again. They called my number but they didn't let me go in yet while they were checking. They let me in after the fifth contestant and apologized profusely.
I walked out of the waiting room and mentally prepared myself for what might happen inside. The room was dimly lit and in front of where I saw a chair and a mic sat a row of four judges and a cameraman. I sang them my song and looked them in the eyes as I sang (something the shining star judges told me I had to do) Some of them were bopping their heads and none of them seemed at all mean like how some of the other contestants described them to be. The lady judge, Nadhira told me my tempo was a little inconsistent and another judge told me I should've stood while I was singing. I thought since the chair was there, I was supposed to sit. They seemed happy that I sang an original song. They also said I was the best they saw so far. I was so happy until I realized they only saw four other contestants before me. Overall I was pretty happy with my audition but didn't forget there were a whole bunch of contestants for them to judge.
While waiting for results, Adam from Hitz.Fm decided to make us less nervous and less bored by playing games. We played a neighbor game which I didn't really get and then got to know each other and what we performed. They asked me and I said I sang an original song. Everyone went "Wahhhh...." and asked me to sing a bit to them. After I sang, everyone seemed to like it and I was very happy. They were even more amazed when they asked me how old I was probably expecting 18 or 19 and I told them 15. I guess when you're in college your age still comes after your name when getting to know someone.
The judges called a few people in for a second audition and the suspense was getting to us. Most of us were quiet and the nerves were back again.
The camera was back and Jin walked in with a serious face wearing a pair of reflective sunglasses.

Results time.
He announced the first name. A guy sitting on the far left who also auditioned as a band.
Another guy from the band.
Then the band who sang Paramore's 'That's What You Get'.
Oliver, the guy who came with his sister and has a reallyyyyy good voice.
Eve, the girl sitting in front of me.
.
.
.
.
.
.
.
and,
.
.
.
.
.
me.

Here I am sitting with the rest of the top 5 which became top 6. 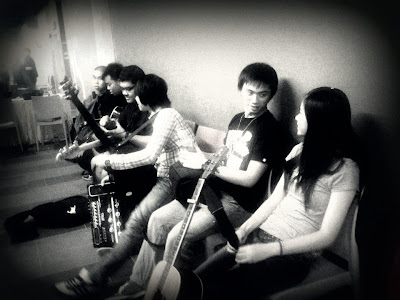 By the time I was done, we were late for my recital. We rushed out to get a taxi and went straight to the venue. Everyone was already there and I didn't expect to see so many people. Even some of my old school friends came. I was really happy I didn't think about how tired I was. I was also nervous not because I had to sing on front of so many people, but I had to speak to them before each song. That's what the notebook in front of me is for. There are no lyrics or chords written on there, just every thing I needed to say on case I forgot.
My sister came up for two songs too. 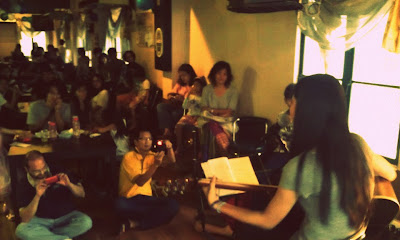 After the ten songs were sung I got to talk to some people and sign some autographs (eeek!!) and shake lots of hands, thank everyone for coming.
It was definitely a great start and I would love to do another one soon!
Thank you for all the support!
I can't believe it.
We went for dinner with my grandparents and aunty and that was when it hit me how tired I was. Not long after we got home, I fell asleep thinking of everything that happened that day. The recital's over but the Twisties contest isn't over yet. Fingers crossed that I'll make it into the top 8!
Also, I have one more youtube subscriber to go before I get 90 subscribers!! Thats a BIG number. 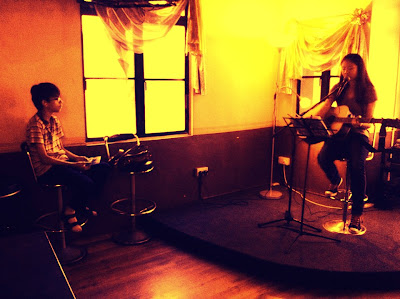 I could've sworn this was a dream.

*Credits to mom, papa and auntie Intan for the photograps. Edited on Picnik*