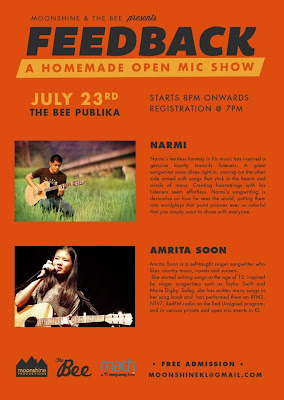 On saturday, I tripped over an old mop (don't ask..) and there was a lot of blood and I missed an entire week of dance class and ended up having to get a tetanus injection. Yeah........
The week (thankfully) got better as I was one of the featured acts for Feedback open mic at Publika which was really fun. I also started my first day of work. It was fun at first, but on the second day the excitement was starting to fade. Tomorrow would be my third day of work. I don't know how long I can last, so I'm really hoping this music thing works out.
When I got home, I got a call from 17 magazine! I will be going for my first ever photo shoot on tuesday and I'm not very photogenic (thats an understatement) so I'm hoping it would turn out alright.
Fingers crossed!
Posted by Amrita Soon at 7:07 PM No comments: 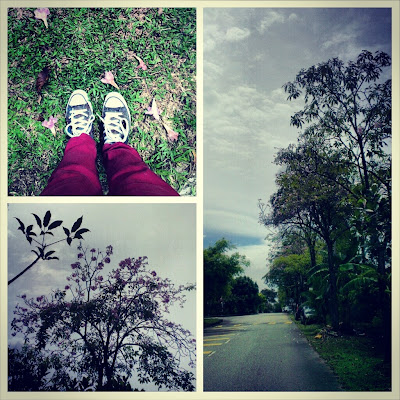 I'm loving July so far. There are hundreds of pink and white flowers on all the trees and the weather is absolutely beautiful. Just a short post while I write a longer one, but I just want to thank you for all the kind words and messages you've left on facebook, twitter and youtube. They never fail to put a smile on my face. I also have some exciting news to share with you. I can't really tell you all the details right now, but I will be recording my first single very soon! I'm so excited! Thanks for all your support!

June was a busy month, and July is looking to follow in its footsteps. I started writing this blog post at the beginning of the month and we're now halfway through the month so the first half of this post will be what I originally wrote and left, lost in my draft box, and the other half would be the updated bits. I've got very exciting news that I can't wait to share with you and almost all of it is music-related. 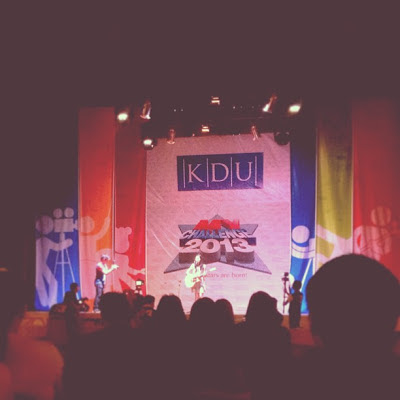 I got to the semi-finals of MyChallenge! Two years ago before I discovered the wonderful world of open mics and performing in front of real people, there was a point I felt really bored and frustrated singing to the four walls of my room and to the virtual viewers on YouTube. I stumbled upon this competition for secondary school students and I was so excited to join. But when I messaged them, they said that homeschoolers don't count as secondary school students. This year, I saw that they were having another round of competition and so I decided to message them again. I told them I was homeschooled but I do go to a learning centre occasionally and to my surprise, they said I could join! They asked me how many people there are in my 'school' and how many of them might be interested to join so I told them.
On the day of the auditions, I was so nervous. Everyone had those big, powerful voices singing Beyonce and there I was with my guitar with my quiet voice singing songs by Yuna. I felt that there was no way I could get in to a competition like this. The judges gave me two tickets, which meant that I   could go straight into the next round, which was the preliminaries.
I sang my original song 'Paper Planes' for the prelims. Because my name starts with the letter 'A', I got to perform earlier. I wasn't at all happy with my performance and felt like I was going to be out for sure because I couldn't hear myself or my guitar and definitely sang slightly out of tune on some notes. My sister and I stayed on to watch all 56 participants perform because mom hadn't come yet. And boy, is it a different world outside open mics and writers rounds where everyone is supportive. It's a competition here, people only cheer for their friends. It really schocked my sister and I when some people came up and there was literally nobody clapping for them, so we decided to cheer for them all.
After the preliminaries, they announced the results on Facebook. As oblivious as I can be, a friend of mine that I met the auditions let me know that I got into the semi-finals. I got in!! asdfghjkl;' 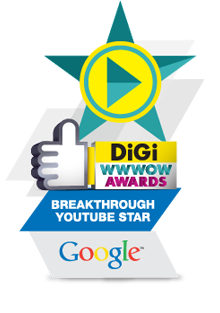 I got nominated for a Digi WWOW Award and it's an award based on votes so I honestly thought I had no chance. (Maybe this whole reverse-psychology thing is really working out for me. But I don't want to  jinx it or anything.) I was in Ipoh, with limited internet access when I received an email from Digi informing me that I made it to the finals! I only had a day to email them my confirmation and if I hadn't gone to actively search for internet that day, I wouldn't have been able to reply. The results will be out this saturday, so fingers crossed! Last year when I entered, I asked a lot of my friends to vote and I probably annoyed them so I also want to apologise for that. 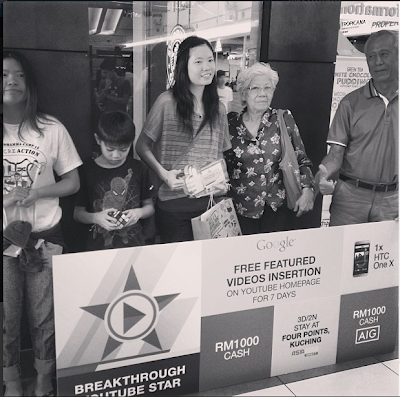 I won?! How? WHattt?!!? Wow. Other than the feeling of inexplicable happiness and floating on a cloud sensations, I had a terrible stomach ache but I was too happy to be bothered by it too much. I went for a camp reunion immediately after the awards and came home really, really tired and excited and my stomach still hurt (what a combination of feelings it was indeed) because I now have a smart phone! I came up with this theory of why people never texted or called me and I think it was because it costed money calling an old but very trusted Nokia phone. I now have a phone I have to charge everyday instead of every week a gigantic cardboard to remind me that it was indeed real life because it didn't feel real. Its just hanging out in my room now, taking all the little free space I have in there and falling down on things when the wind blows... 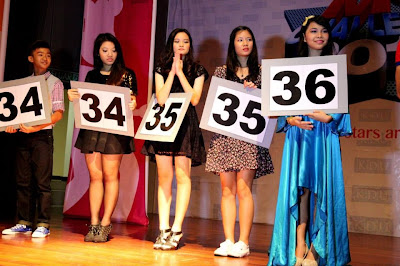 I also got into the grand finals of My Challenge! That was crazy and I never thought I would get past the auditions at first, let alone all the way to the top 5. They dragged us all into a room and did our makeup after. Before I realised what was going on, they took off part of my eyebrows. Yes, shaved it. Just like that. I'll never be the same. I looked at myself in the mirror and all I could hear inside my head was screaming. I scared myself and that was an understatement.. Now only they know what is going to happen to the pictures and I can only pray that my powers of invisibility would be strong and directed to that picture so no one would notice it. All of us from my school who entered got into the grand finals! Two bands and one solo. Can't wait till the finals!

This month gets busier, and I'll tell you more later. For now is goodnight, and also here's a video I recorded with my free time for you while you take a break and breathe before I continue in the next post :) 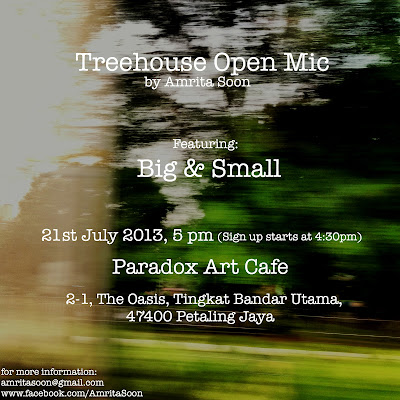